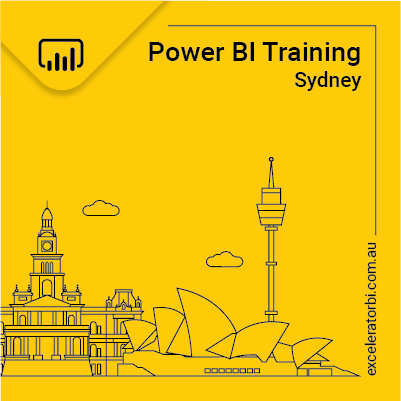 At the start of May 2017, Microsoft announced that Export to Excel/CSV would no longer be available to Power B Free users, and would not be part of the new Power BI Premium offering either. Today Microsoft announced that it has listened to community feedback and has agreed to include this feature for all users again. This announcement was buried inside another announcement from Adam Saxton about an extended Pro Trial offering that starts 1 July. This change relating to Export for Excel/CSV is a victory for common sense and for the broader community lobbying that took place.

I was pretty disappointed by the original announcement because it just didn’t make any sense.  There was no real commercial benefit for Microsoft to prevent users getting extracts of their own data and it simply just seemed punitive to the free user community (it seemed that way to me anyway).

I think this was a genuine mistake made by Microsoft as a result of falling into the “group-think” trap.

I believe Microsoft was well intentioned in what it was trying to do.  The plan was always to realign the Free product to be a “Personal Use” tool and hence to remove the sharing features (notably Share Dashboards).  But somewhere in one or more of that those marketing/strategy meetings, someone probably suggested that Export to Excel was a form of sharing.  I guess this idea then got a life of its own without suitable internal challenge and the announcement was made.

Microsoft missed a big opportunity prior to the 3rd of May announcement in that it didn’t listen or properly consult with the key leaders it works with in the community.  Microsoft has a clear program of trusted advisers that it engages with regularly, specifically the Regional Directors and also MVPs.   But these consulting programmes only add value if Microsoft listens to concerns and takes appropriate feedback on board. It is the listening that adds all the value, not one way communication.

There are a few good things that have come out of this as far as I am concerned.  Microsoft has been on a roll for 2-3 years under the leadership of Satya Nadella (I wrote about that here).  This Export to Excel announcement in early May was just a hiccup in my mind.  Microsoft has since demonstrated through its actions that it is willing to step back and to listen to community feedback and take that feedback on-board if warranted (as in this case).  It takes a bit of gumption for a big company to reverse a decision as Microsoft has done so quickly here.  This impresses me a lot and tells me that the long term changes at Microsoft are more than a thin veneer.

Of course the reason the change was made was because of the vocal passionate community as evidenced by the feedback in this post at community.powerbi.com.  If it weren’t for that passion and feedback, then nothing would have changed.  Also if no body cared about Power BI, then this would have all blown over.  But we all do care, and that is why the change is now in place.

Where to from Here?

There is one more important thing that still needs to be addressed – and that is a scalable pricing model for Small to Medium Sized Enterprises (SMEs).  I covered that extensively in my previous post here and there as been no announcement on this as yet.  But to be fair, this is a much bigger issue to deal with than “Export to Excel/CSV” and would no doubt take more time to reflect and reconsider.  I am full of optimism, but I encourage the community to keep the pressure on for change – “The squeaky wheel gets the oil”.

Enough said.  I think Microsoft has shown that it is listening.  Let’s see what the future holds from here on the other open issues. And of course it is onwards and upwards for the rise and rise of Power BI.  The second birthday for Power BI is just around the corner, as is the now sold out Microsoft Data Insights Summit in Seattle.  I am looking forward to that and hope to see some of you there.

9 thoughts on “Microsoft Announces the Return of Export to Excel”